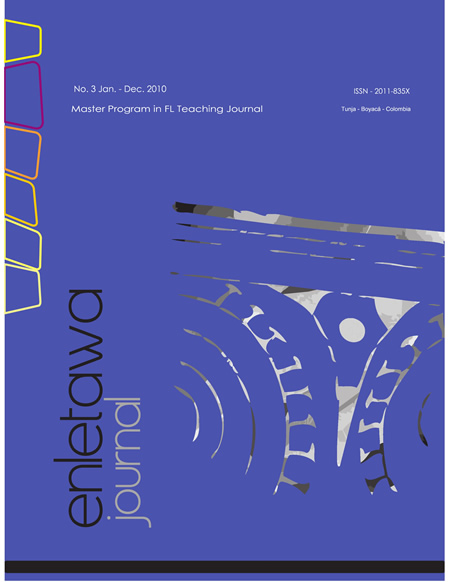 Abstract
This article attempts to analyze and reveal the effects of linguistic imperialism in English Foreign Language Teaching and Learning.
First, it will address global English language as the global standard language, that has imposed American and British methodology
and resources in the entire world, and this universal language will also be studied as a symbol of power over the foreign language policies in Colombia. Secondly, the article deals with the fact that the linguistic
imperialism controls from beginning to end in “Estándares básicos de competencias en lenguas xtranjeras: inglés. Formar en lenguas
extranjeras: ¡el reto!” (Basic standards for competences in foreign languages, English. Teaching in foreign languages: The challenge!). It means that the Anglo-American hegemony sets the parameters of how, what, and to whom perform an EFL class. Lastly, conclusions will be drawn to stimulate EFL teachers to work on autonomous EFL teaching. Namely EFL teachers should focus on intercultural communication and competence, instead of fostering the spreading of English as the global language.