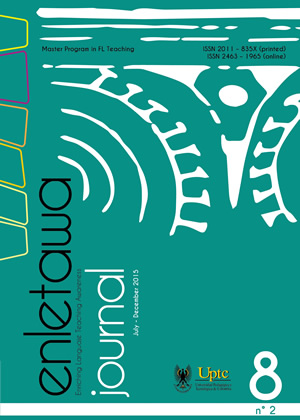 The intention of the following study is to evidence some conversational issues during spontaneous interaction such as pre-allocation, adjacency pair, referential and display questions, confirmation check, discourse markers, preferred and dispreferredactions, and overlapping, by means of the interpretation and analysis of four extracts taken from a conversation of 45 minutes. The participants in the
study were an English teacher and her eight graders from a private institution. Each extract was analyzed carefully taking into account the conversational analysis approach. The findings revealed that during the interaction between the teacher and the students and in the dynamic of questions and answers, it is more common to find that the teacher is the one in charge of starting the conversation and initiating the adjacency pairs.