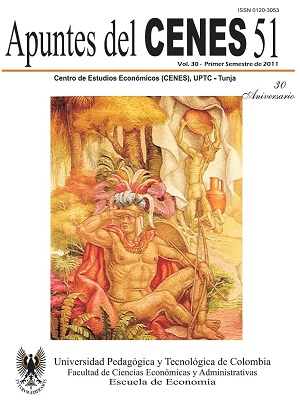 This article exposes some basic ideas of a few of authors regarding the localization of economic activity. It discusses the specific lines developed by Marshall that were applied either by Krugman, in his work on economic geography, and by theorist of Industrial District in defining Local Labour Market Areas. It deals with some points regarding the Krugman’s Core- Periphery Model, too. Later, as it is allowed by the data, the article partially applies a methodology using the Census information on the mobility of Commuters for labour circumstances in Boyacá, in order to identify somemunicipalities that attract workers from neighbourhood.