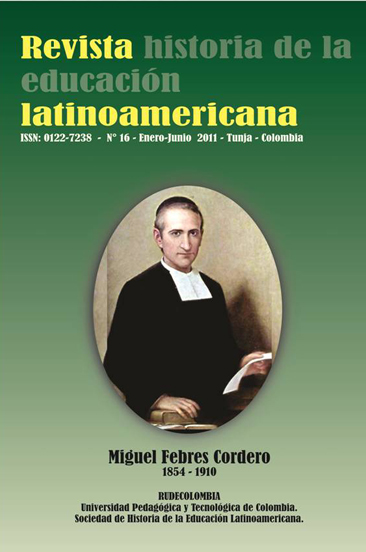 We propose to analize the Homeland History category as historiographical modality in which it is condesed not only as a particular kind of historical narrative, generally associated with grandiloquent  and mythicising representations , but also elements like formats, editorial strategies and political sense. By means of this, we pretend to establish the notion with the homeland history related to the historiographical debate, even though the narrative conditions, and of course, the history is asked  as a printout materiality, as a way of  book where the narrative  traditions are converged, ways of appropiation of past, authors and publishers, public and uses. We will be focused on Colombia from “ obritas” as their authors called them. They have scholar use published in Colombia during the second half of XIX century.