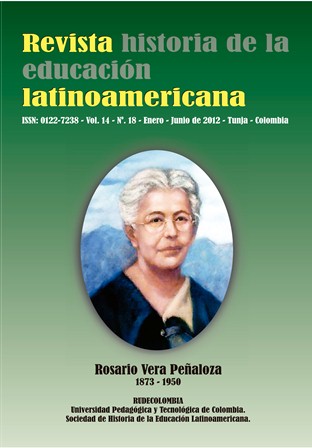 This article approach as an evidence of teaching activities performed by three female educators at the cities of Pasto, Ipiales y Túquerres all located in the south part of Colombia, on the last part of 19th Century. These Educators’ work was developed during the last years of a radical liberal Government period and thorough its recovery era, therefore, all Education Institutes as well as educators and teachers had to survive among political tension and issues of the era. Those were years in which because of the liberal education politics it was posible to instruct both male and female educators thanks to the introduction of Tutoring schools in the country specially in Popayan, Capital city of Cauca Reign State, that was source of education in the south región of Colombia.The Liberal Educational Project, made possible conditions for the teaching and apprenticeship for women despite of being developed in a context of female discrimination and high command from male politicians.  These female educators worked at the same time for improving quality of girl schools with educational plans which had objectives that pull female education focused on first vowels, morals, education on religion and social behavior. This article is related to a wider subject about femenine education in Pasto prior study that was developed having in mind all regional social with an unique possibility of understanding an analyses based on gender, social class and ethnicity.