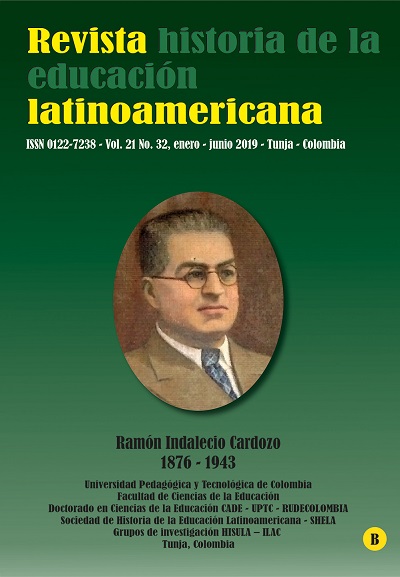 In recent decades, as a result of the accelerated processes of industrial, commercial and communication modernization, different pillars that had sustained modern societies for centuries have begun to form. These dizzying changes become even more drastic when they impact on developing societies because of their mechanisms of stabilization and structural strength are precarious, unequal and weak.

Starting from the situation of the Latin American panorama, these impacts are also felt in higher education, especially in the teaching of social sciences, seen in the past as a strengthening element for the analysis and interpretation of human phenomena. History, particularly, as a resource of awareness and time.  But it has not been the only one resenting the silent and discreet but at the same time forceful and crude attacks of a presentist disciplinary modernity that has been displacing and re-funcionalizing curricula, professions, as well as spaces and, especially, the paradigms of the social sciences and the humanities. This, in order to insert disciplines from the field of natural, exact, and administrative sciences as alternatives and univocal purposes to give greater emphasis to contemporary university education.

The present text addresses the problem of universities, taking Mexico and in particular the University of Guadalajara as a reference. The starting point is a panoramic view of the consolidation of the humanities. History is taken as a paragon discipline along with those who were the first teachers. The difficult and painful trajectory of the construction of its paradigms is historically cleared until the point when teaching and research efforts achieved professionalization and the legitimization in Mexican universities.

However, in the last 25 years, approximately in a vertiginous and multifactorial manner, restrictive policies have been implemented to reorient budgets, programs, schools and models in accordance with the new paradigms, based on an academic neoliberalism and whose slogan is productivity, profitability, efficiency and therefore; the creation of scenarios that allow these ends. This issue has affected the social sciences. We offer here a brief account of the events that have affected many areas with respect to users, curricula, and careers.

The method of exposition of this essay is based on a series of evidence and documentary and bibliographical experiences from the humanistic trajectory and construction, as well as from the influences and implications of the neoliberal presentism